In God We Trust ? 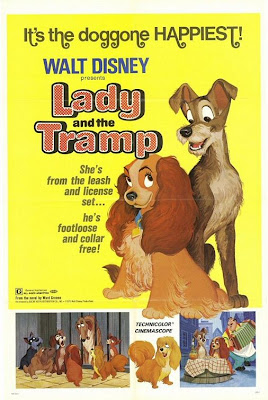 I stumbled onto an article in the Huffington Post from June of this year which shockingly stated that according to a poll, 46% of Americans believe in Creationism.

And it's not as clear cut to say "it's ok, as it means 54% believe in evolution", because 32% of those questioned thought some kind of divine influence had a hand in evolution (are these the proponents of Intelligent Design I wonder?).


Those that believed in evolution not tainted by a magic bearded man accounted for only 15%.

And these results come from what is supposed to be the most powerful and most advanced country in the world. To the people living in America, 46% believe we sprung out fully formed out of nothingness, by magic. Which means they most likely have no problem with talking snakes, burning bushes and feeding thousands with a handful of loaves and fish.

But to me, that's not what worries me the most.

There's a movie that I've loved as a child, and always enjoy watching with my kids when the mood arises: Disney's Lady and the Tramp.

In it is a scene, when both dogs are venturing in the city zoo, looking for a means to get rid of Lady's muzzle. The Tramp quickly dismisses the monkey enclosure knowing they wouldn't be able to help as they're "too closely related to humans".

This was in 1955, and the theory of evolution was accepted enough by the general population to appear as a casual remark in a Disney cartoon. I wonder if Disney would have the guts to so casually mention evolution in one of their movies today.

And this is what I find so concerning - that America appears to be going backwards, that they prefer to believe in stories written thousands of years ago, when humans were trying to get to grips with how the world works and didn't have much to go on, at a time when we thought the wheel, agriculture and rudimentary metallurgy were cutting edge stuff, and we couldn't even conceive of how vast and wonderful the universe actually is.

Today, knowledge is there for the taking. So much of it is available in fact that no single individual could actually learn it all in one lifetime. Yet Americans - and so many others, sadly - don't want to reach out and grab it, it seems.

Mind you, Lady and the Tramp was released just one year before "In God We Trust" became America's motto. It'd been on their currency for a while, but 1956 was the year it became official, and as far as I'm concerned, is probably the year the founding fathers turned in their graves; revolutions are designed to change everything. When America declared their independence from the UK in 1776, they wrote an amazing declaration and they didn't set up a king with a god-given right to rule, but an official elected by the general population. This changed everything. It wasn't about religious control, but about freedom. Putting "In God We Trust" as a country's motto, is definitely not about separating church and state and feels like a definite step backwards.

So here we are, less than 250 years after they wrestled their freedom from the over-controlling English dominators, and the majority of Americans - and that frightfully includes many politicians in office - apparently fear progress and science so much that they prefer the comfort of what should really be considered fables and children's stories (if they weren't so bloody) to mind blowing scientific discoveries.

What's happened to education? Why was a scientific theory apparently so accepted back in the mid-50s, but so misunderstood now?

If this is the direction we as a species are taking, then god help us all...