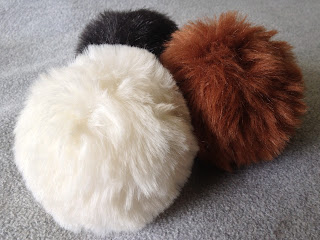 Since the demise of iWeb (it's obviously not dead yet since it still works under Mountain Lion, but all signs point to a terminal case of developer apathy), I've been looking for an app that would give me the flexibility and customisability of that program while creating good clean code (iWeb is/was notoriously bad at the latter). Yes I could use Dreamweaver, or even Flux, which I found to have a lot of potential, but I just don't want to get my hands dirty - I want something that makes it easy and convenient to write a blog with.

I've looked through many apps, but none fit my requirements. Realising that I may well be looking for something that doesn't actually exist and that I may end up on the blogging sidelines for ever at this rate, I thought I'd jump in where everyone else seems to have gone to, and registered an account with WordPress.

As their advertising say, you can set up an account and get blogging in five minutes.

To start with, I didn't want a xxx.worpress.com address, not least of which because steveparis.wordpress.com was already registered, and I already had an unused domain name which I wanted to activate as my new and improved blog space: www.steveparis.net.

So I downloaded all the necessary files, altered them as indicated in this handy guide and... it didn't work. It turns out that there's a conflict between using WordPress and my host provider. Apparently, each time I check for new emails for my IMAP accounts, Apple Mail doesn't close the process and I quickly exceed the number of allowed open processes - which crashes WordPress - for me and all my potential visitors. Obviously, not ideal.

I tried many ways out of this: disabling push notifications, manually checking for new email, checking for emails at regular intervals, quitting Mail, nothing worked.

Since I wasn't willing to use a different email program or change web hosts, I decided to look at WordPress' competition: Google's Blogger.I was advised against it, mostly because Google doesn't seem to care about its platform all that much, and because the code it generates isn't really up to spec... but what's a chap to do when the best alternative solution is closed to him?

I set it all up, got the artwork I wanted, customised the theme I'd chosen (it's all remarkably easy by the way), and stared migrating the handful of posts I'd made with iWeb, along with links to some of the work I've had published on MacLife.

By this stage, I didn't really care about Google's lack of interest in Blogger. It worked, and it was easy. So I decided to link my fresh new blog to my custom URL.The process seemed painless enough, but the link never seemed to take hold, and as a result, my blog was unreachable - again. What was going on?

Turns out I wasn't the only one suffering from this problem: by an annoying coincidence, the day I linked my domain name to my blog was the exact same moment that Google encountered a major problem with the way they handles URL rerouting, leading many blogs to disappear off the face of the internet.

Being a blogger newbie, it wasn't too much of a hassle for me compared to some who already had an established online presence and were now unavailable to all their visitors.It took for ever for Google to solve the problem - well over ten days if I recall, and as a result, my keenness for having my new blog waned.

To make matters worse, while I was waiting for Google to get its act together, I thought I'd check a draft of this article on my iPad... Which was a tragic mistake as I encountered a fatal glitch with either Blogger or my iPad's Safari web browser. Whoever was the culprit doesn't really matter at this stage: I could log in fine, even access my draft, but even though I'd tap on the 'save' button, it wouldn't save. Worse still: the content of my entire draft was deleted, simply for viewing it on an iPad.So I gave up; I went back to my regular existence.

During that time, Google found out how to untwist its knickers and altered the way it reroutes to custom domain names. I asked my host provider to handle the changes for me, which they did and www.steveparis.net was finally live and visible to the outside digital world.

But that was over a month ago and I've been busy with other matters since, so it languished, unattended. However, now that my wounds have been thoroughly licked clean, I've finally decided to recreate this post and launch myself once again onto the blogosphere, although this experience has made me miss iWeb's elegant simplicity!

Funnily enough, if my needs hadn't been so demanding, if I didn't want a custom URL, and didn't have multiple IMAP email addresses, I would've been up and running in no time ages ago. Guess there's something to be said for having modest needs ;-)

Is there a round 4 in the offing? I successfully posted this article last night and when I woke up, it was gone, deleted from my blog. Now there may well be a gremlin having a lot of fun at my expense somewhere, but it would be nice if he'd bugger off!

Thankfully, I had a saved local copy, but I'm sure you'll agree that this is getting ridiculous!