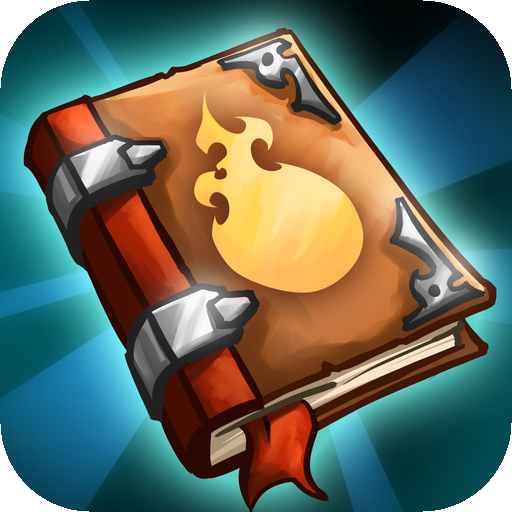 
So what do you do for an encore? Reinvent your creation and come up with Battleheart Legacy three and a half years later. The first obvious difference is the graphics: gone are the two-dimensional drawings, replaced by incredibly beautiful 3D cartoon-style graphics that manage to heighten of the charm of the original. And despite the fact that the background score in many parts of the game is the same as the one in their original adventure, and the sound and visual effects, though updated, are, again, similar, this is not a sequel to Battleheart, but a fully fledge original RPG.

For one thing, you no longer control a group of up to four adventurers; Battleheart Legacy is all about a solitary hero, just like the highly popular desktop franchise from Blizzard Entertainment, Diablo. But that comparison doesn't actually do Battleheart Legacy justice: Diablo, like nearly all RPGs that have inspired themselves from the venerable Dungeons & Dragons, relies on the player choosing a character class from which their unique abilities are derived. These classes are set for each character - you can't create a Mage who happens to be a handy pickpocket and dabbles in martial arts... Until now. This is exactly what Battleheart Legacy offers: the ability to utterly customise your character, picking the best traits from numerous professions, combining them together with devastating effect, and modify your selection anytime you're not in a dungeon.

The permutations are huge and the ability to create unique characters is absolutely impressive. It also encourages you to play the game multiple times to see how each combination would work differently in similar situations.

Sadly for a game that offers such amazing character customisation, including a vast array of equipment which are then reflected in your character's outward appearance, the initial look you set when you create a new one is disappointingly limited to four male and four female faces and hair styles. More would've been welcome, especially since you can save a large number of games and this limited set can make choosing the right session confusing.

It's possible to save one game to iCloud, and this has to be done manually for whichever one you wish to transfer to another device. You can also duplicate a game, saving a copy before heading into a troublesome dungeon, should you like to be cautious.

The story is fairly simple: you are a villager who's decided to explore the kingdom. After some basic training, you set off, full of dreams and expectation... But this is a dangerous place: the map allows you to travel between various locations with each one bearing a level requirement, advising you if you aren't powerful enough to venture there. Nothing will stop you going in, but you'll find it much safer to wait until you've reached or exceeded that minimum threshold, if you wish to survive in one piece, that is.

Dying is but a temporary inconvenience in Battleheart Legacy, and a good thing too: after spending hours honing your skills and your character, seeing them die unexpectedly would be most infuriating (as was the case for the original Wizardry). Thankfully, all you'll lose is some gold as you wake up outside the dungeon that claimed your life. The more gold you own, the more will have disappeared, so it pays to be careful - literally.

Through talking with local villagers, you'll quickly discover the main objective of the game: to bring back three mythical lost solar shards to the king, but you'll need to train up a lot if you hope to even grab the first one.

And that's another great aspect of Battleheart Legacy: the five trainers on offer aren't all that are available. Darker, more powerful teachers can be found by completing quests and talking with residents. The discussions are text based and multiple choice, in a matter that's very similar to Star Command, but unlike this sci-fi adventure, where whichever answer you chose would nearly always lead to the same combat situation, conversations in Battleheart Legacy have a tendency to affect the rest of the game: don't save the right person and they'll never teach you their secret moves, complete a quest the wrong way, and you'll never meet a promising tutor, feel a sense of honour in your veins and the path to dark magic will be forever closed to you - makes sense really: power corrupts!

The locations on the maps aren't your only source of combat: you may encounter aggressive creatures on the road. When you're but a weak neophyte, such unfortunate meetings can be devastating, but you can thankfully walk away from your aggressors if you're quick - most of the time.

It can be a little tricky to remember all the information you're given: there's no kind of quest log to remind you who you talked to and what they revealed, and since you can take on multiple adventures at the same time, it would've been nice to be offered some kind of to do list to help you keep track of everything.

Battleheart Legacy is an incredibly large game and successfully completing some locations reveals more advanced challenges in that same place, which will keep you busy for a while. Those challenges are varied when it comes to the types of monsters you encounter, but the outcome is almost always the same: fight.

The combat system is remarkably well implemented: tap on a part of the screen and your character will move to it; tap on an opponent and they will attack until one of you perishes. What gives you an edge are all those skills you've learned. You can have access to up to eight active skills (you select which one to activate at any time during combat) and up to six passive ones (which are always active but work in the background). The former need some time to recharge so you always have to decide when and how to use them during your clashes since battles occur in real time. And the higher up the levels you go, the more frenetic those battles can become.

Once you feel powerful enough, seek out The Arena, where you can engage a constant stream of foes until you perish. There's no penalty for dying in that part of the game and the more you manage to defeat in one session, the higher the prize you'll receive.

Battleheart Legacy is a fantastic addition to the RPG genre. It's beautiful to look at, funny in places, perfectly adapted to touch controls, and each location can be completed in a single seating, making it ideal for mobile gameplay, yet the depth and richness of the story is worthy of a more desktop experience.

On top of which, the developers aren't lying idle: they're working hard to squash any bugs that the players find - with so many possible permutations, it's hardly surprising that some slipped through, but these get fixed as they're identified.

If you're into fantasy adventures, go grab yourself a copy. It's as simple as that. You won't regret it.

Compatibility: Requires iOS 5.0 or later. Compatible with iPhone, iPad, and iPod touch. This app is optimised for iPhone 5.