Covering all the Bases 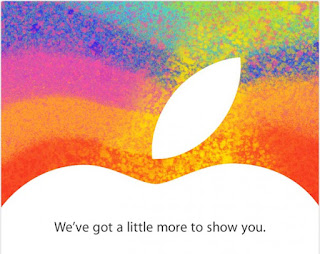 We all knew Apple would announce a smaller 7.9 inch iPad at today's event. In fact, so much had leaked out from various sources that it wasn't much of a surprise at all.

Personally, I found the new iMacs much more amazing from an engineering standpoint. They're absolutely gorgeous and now more than ever before, potential customers will wonder where the computer went : it's thinner than many competitors' standalone displays for god's sake! 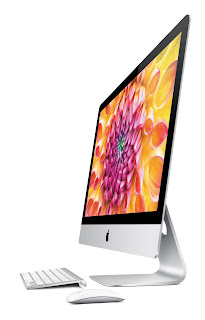 And what's even more amazing is they managed to keep that design completely under wraps. It's almost like they fed the rumour mills what they wanted to hear so a truly amazing design slipped through unnoticed.

Another announcement that blew me away what the fact that Apple have already sold 100 million iPads since its introduction, just two and a half years ago, and in the last quarter, they sold more of them than any single competitor managed to sell their entire line of PCs.

This is absolutely huge and explains why the iPad was updated today (I'm sure having the entire iOS range using the new Lightning connector was also a major factor in releasing a new model barely 7 months after the 3rd iPad). By the way, if you bought an iPad less than 30 days ago and suffer from a serious case of iPad 4 longing, your Apple Store may be able to swap it for you.

There can be no doubt that Apple are taking the competition extremely seriously and aren't going to rest on their laurels like they did with the Mac in the 80s and early 90s; the 4th generation iPad is pushing further ahead of the competition in terms of performance, and the iPad mini competes directly with devices that have proven popular with the public: smaller tablets.

Yes Steve Jobs dismissed the idea of a smaller-sized tablet, joking that they'd have to include sandpaper so customers can file their fingers small enough to use the device (anybody checked if sandpaper's included in the iPad mini's box?), but it's not the first time Apple's done a 180 on an idea.

When they released the exceedingly expensive iPod photo in 2004, I remember a video clip of Raiders of the Lost Ark they showed during the unveiling, clearly stating that by including video playback in their MP3 players, competitors were "digging in the wrong place". It didn't take too long for video to come to the iPod however, just a single year, despite Steve's original derisory remarks. 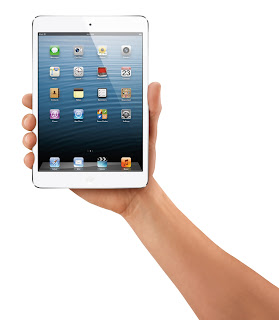 And what if Apple did miss the boat on a small tablet? They're not too late to catch up and dominate that size as well. They may not be able to compete on price (Apple always sell their products at a profit so they obviously can't compete with companies what sell them at cost like Google's Nexus or quite possibly below cost like Amazon's Kindle Fire), but they've got the market sown in terms of available applications; since the number of pixels on the iPad mini's screen is the same as the iPad 2, all iPad apps will work as is - let's just hope the tappable targets aren't too small for our chubby digits!

Also, lets not forget what can happen when Apple decides to play catch up: they'd totally missed the boat with recordable CDs but when they at long last included CD burning capabilities in their Mac range back in 2001, along with an app they bought from a promising developer which they renamed iTunes, they started down a path which eventually changed the way we consume music, and later all kinds of other media, for ever! 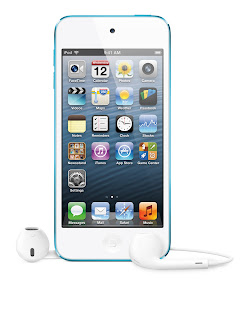 If you include the iPod touch, that takes it down to US$299, letting Apple offer an iOS device at any virtually price range. But the iPod touch's not an iPad. At least it's not marketed as an iPad, but as an extension to the line of iPod music players.

I've got a problem with that. The iPod touch is obviously much more than a music player and I feel like the sun is setting on the iPod brand, with fewer and fewer of them being sold every year. When you then consider the fact that the iPod touch comprises the majority of iPods sold, I'm wondering, now that the iPad mini officially exists, how long will it be before the iPod touch is renamed the iPad nano, simplifying the iOS naming nomenclature and finally allowing this amazing diminutive device a proper place at the iOS table?