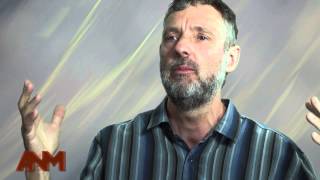 As a student, Bruce Robertson had a problem understanding philosophy, so he spent the following decades refining his knowledge and recently published a book which is the culmination of his work: "The Pattern Paradign: the Science of Philosophy"

It's not every day you appear live on prime time television, on New Zealand's biggest channel, TV1.

It's not every day you make the front page of the country's only national newspaper!

This story covers what happened to my family when we had the misfortune of putting our kids in the local, and oh so beautiful on the outside, Titirangi Rudolf Steiner school. 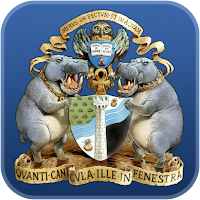 The Discworld, a flat, circular world, held by four elephants standing on the back of a giant turtle, which came out of Terry Pratchett's incredibly fertile imagination, and spawned dozens of novels with unforgettable characters, exciting stories, and a unique blend of humour, is brought to life digitally on an iPad. More specifically, it's the city we come back to most often in those novels that you can now explore freely without fear of getting lost, mugged, killed, or getting food poisoning: Ankh-Morpork, a huge sprawling medieval metropolis, home of the most colourful characters you'll most likely ever meet.
Read more »
Posted by Steve Paris at 08:37 No comments: 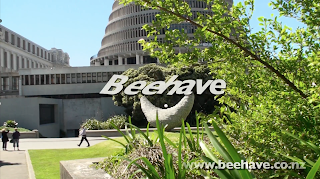 The latest episode of Beehave is now online, featuring our own version of John Key, NZ's prime minister and Anne Tolley, the minister for corrections. It also features a new musical sensation: MP's Got Talent!

What's all this about? It's only our satirical online show!