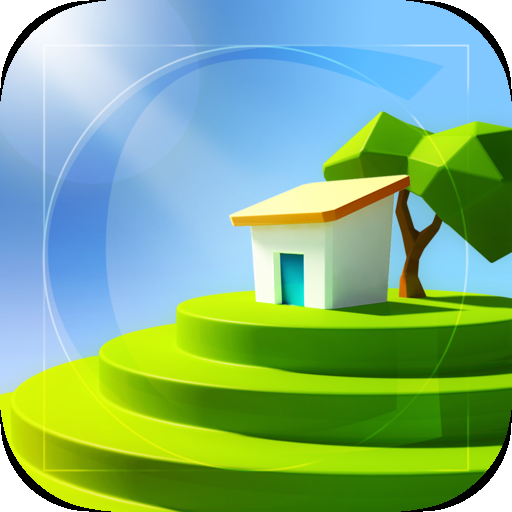 One of the best computer games I've ever played in the late 80s/early 90s was Populous by Peter Molyneux, a genre breaking app which spawned a whole industry of "god" games, so it was with great excitement that i saw Godus by 22Cans on the App Store, designed by Peter himself, and widely regarded as the spiritual successor to Populous.

The price tag rang warning bells in my head though: it was free (with in-app purchases). "But it's Populous for iOS," I thought. I had to give it a try.


And it started great. The opening tutorial is fun and clear, and when your two followers reach the promised lands, they start laying the foundations for a whole civilisation (ie, they build a tent and breed like rabbits).

As their god, you get to make life easier for them by levelling the land so they can build more, bigger, better homes. It’s immensely satisfying to alter the geography with your finger, which gives you a greater sense of omnipotence than when using a keyboard and mouse, or even a joystick, so in that regard, Godus is a winner.

Repairing beacons let you explore further, and expand your empire. There are also hidden treasures you'll find buried all over the place; these grant you either gems or stickers.

Stickers are used to activate new god powers while gems speed up some actions.

There's also a boat you can find to initiate a different kind of game where you need to solve puzzles to reach abandoned temples, and earn new stickers and god powers as a result of a successful expedition.

The more followers you have the more belief you acquire, enabling you to perform longer or more powerful acts of divinity. There's even a power which speeds up the construction times of houses by a factor of ten.

Over time you may even find a rival tribe.

All this sounds good but this is where the fun ends. Once your followers discover wheat (which is ironically through a God Power), everything slows down to a crawl, because they will now refuse to work if they aren't fed. Speeding house construction by a factor of ten is useless if you need to wait six hours to produce enough wheat to build a single dwelling.

But the killing blow is that this is an internet-based game: you must be online at all times while playing, so not only do you have to wait for hours in order to play for a few minutes, if you're out of network coverage, you'll be left with having to choose another game to while away the time.

But that's not even the worse of it: your game is saved in the cloud, somewhere on 22Cans' servers and if something goes wrong... well, you're out of luck.

This happened to me and days of work (it became increasingly harder to justify time spent on Godus as "play") were wasted as I somehow lost nearly all my followers' homes through a glitch, all the land reverted back to it's original configuration, and the handful of survivors were beyond the first beacon which had also been deactivated, meaning I couldn't access them. And once you’re in this predicament, how do you restart from scratch? The only apparent solution is to delete the app and reinstall it. Hardly user-friendly.

Populous wasn't about waiting for things to happen. It was about being god, controlling your people and laying waste to their enemies. In Godus, god has been turned into a time keeper.

You can of course speed everything up through the lavish use of in-app purchases, but how much more frustrating would it have been had I spent real money, only to have my progress wiped out by a bug on the developers' servers?

It's disappointing to say, despite all the promise and fond memories, but stay clear of Godus. It's not so much playing god as it is Waiting for Godus.

Compatibility: Requires iOS 7.0 or later. Compatible with iPhone, iPad, and iPod touch. This app is optimized for iPhone 5.