Nobody Expects the Spanish Inquisition 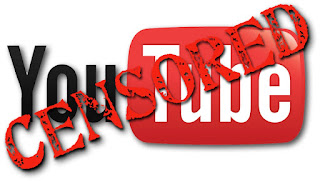 I've been working on a documentary about bullying in New Zealand schools.

As part of promoting it, I decided to post a few snippets on YouTube to wet our viewers' appetite and also to act as a warning for people thinking of sending their children to private non-integrated schools in that country. You can view some of them here

One of the videos was an interview with a member of staff from one of these schools. His comments were very damning, but he wasn't coerced in any way, knew we were recording and in fact wanted to be interviewed.

This short clip got a lot of interest online until YouTube suddenly took it down claiming it was defamation.

Now the definition of defamation is that what is said is a false statement that damages the good reputation of a person or institution.

The latter was definitely true but not the former: the comment was not false and should therefore not have been taken down for that reason.

But here's the thing: whether or not this video was defamation isn't the point as there’s no way to challenge this decision and get the footage back online (short of re-encoding it again and upload it as a different file - which I’ve done).

According to YouTube's help pages, they're supposed to email me with specific reasons why my video was deemed to be defamation and, I assume, how to appeal the decision.

No such email was ever sent.

After hunting through their website, I found a support page to request more information. I submitted my query three times (including details of the video, its link and reasons why it couldn't be defamation). No reply was ever received - and I've checked my spam folder for weeks in the vain hope that it may have ended up there by mistake).

And I thought witch-hunts were a thing of the past...
Posted by Steve Paris at 12:00