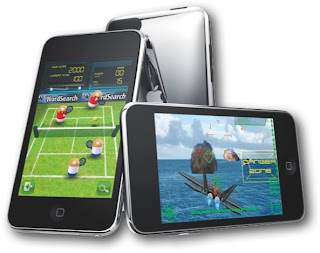 When I heard about iFixIt’s teardown of the latest iPod touch (see here), I started to wonder and possibly understand why Apple changed their minds about integrating a video camera into its flagship product.


Taking the device apart clearly shows a small gap at the top where a camera could fit. But here’s the problem: it could only accommodate one the same size, and presumably the same quality as the one included in the newest iPod nanos, which means a camera incapable of taking stills and offering a resolution of 640×480 for video.
Although, the iPhone’s camera records video at the same resolution, it can also take 3 megapixel photographs and has a fancy feature that lets you tap the screen to let the iPhone know which part of the image you’d like it to focus on.
The reason for the iPod touch’s limit is its thickness: the iPhone’s camera is too bulky to fit so the smaller alternative was originally chosen.
However, consider this for a moment: every feature that is included on the iPod touch is the exact same as the one that comes standard on the iPhone. This means that people would have expected an iPod touch camera to function exactly like the one on an iPhone. Imagine how many would have been pissed off if that hadn’t been the case, which would have undoubtedly led to negative reviews simply because the feature wasn’t what was expected, even though it was a brand new addition to the device. It would also be pretty hard to spin that into something more favourable (somehow, “we discovered that iPod touch users don’t like to take photos” doesn’t sound right).
My guess is that being unable to squeeze an iPhone camera into their flagship iPod, Apple decided to remove it altogether. Sure there’ll be flack at the beginning but those complaints will die down and most consumers will likely be none the wiser.
I’m hoping that a camera will come to the iPod touch and if it means that it must be thicker, I think it’s a fair price to pay: after all, Apple’s engineers could use all the extra room to add other cool iPhone-only features like GPS and a digital compass for instance, and have space left over for an even bigger battery so we can enjoy our possession for greater lengths of time.
Posted by Steve Paris at 12:00