The Death of Mac OS X Is Closer Than You Think 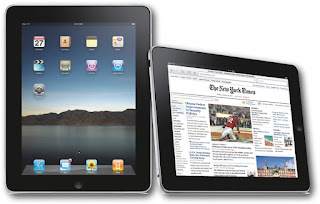 Of course it's not going to happen tomorrow, but I definitely think that its days as a relevant mainstream operating system are dwindling. High end users and content creators will still need it, but Apple is mostly a consumer company and Mac OS X is just too complex for that segment of the population. It'll be relegated to a very niche market.

During Apple's last quarterly results announced earlier this week, they revealed that they had sold 8.7 million iPhone and 3.3 million Macs. In fact, Apple has sold more iPhone than Macs since their 4th Quarter of 2008 (Jul-Sep). And those figures don't take into account the millions of iPod touches.

So, even though it's highly likely that there are still more Macs out there in the wild than there are iPhone and iPod touches, it's not going to take too long before those figures are reversed and more people will be staring at an iPhone OS device rather than a Mac OS one.

If that wasn't enough to convince you, the newly introduced iPad is definitely Apple's vision of the future. Jonathan Ives said this himself at the end of their promotional video: "in many ways, this defines our sense of what's next". As far as Apple are concerned, the iPhone OS is the future of computing: a simple elegant system that people can understand and use in minutes. The iPad is the first definite step toward that future. It makes it look as if the iPhone itself was merely an experiment, a stepping stone to see how such a simplified system fared with consumers.

Consumers also don't like specs: it confuses them and they're becoming wary of sales people always telling them that bigger is better: they come in looking for a cheap computer and wonder how they went home with a machine that is way too powerful for their needs. I'm not talking about people savvy enough to read this column. I'm talking about the vast majority of the population that still gets their news from the traditional media.

Look at car adverts: they don't sell you on specs, they attract you with an emotion strong enough to get you to do more research.

Now look at the iPad information we have at our disposal: we don't know how much RAM it has. It’s not even in the published technical specs because it's not important. Anybody who's taught novice computer users about the difference between RAM and hard drive space will understand that this information just confuses people. As far as they're concerned, a machine should have enough of that memory thingy to do what they want and if it doesn't than that's a failing of the manufacturers who are forcing them to upgrade and increase the cost of their equipment. What's important to these consumers is that it works, and based on reports from people who actually used the iPad, work it does. And fast.

That's all those consumers need to know. As long as they can browse the web, write emails or a letter and watch YouTube videos, they'll be happy. Apple will undoubtably lose customers who have to have Flash because just like the iPhone, the iPad is not Flash-friendly. But maybe Apple's decision not to include Flash may make those websites reconsider their use of that technology. I guess that'll only happen if and when iPhone OS users become a hugely substantial number. It doesn't matter so much on the mobile space: users there are too few in numbers compared with computer users, but the iPad is encroaching on computer territory and if it's a success as it may very well be - it may be enough to turn the tide. Maybe not with this version, but in 2 or 3 years, the landscape may be very different. Or maybe, Club Penguin, Bunny Town and FarmVille (among many others) will release programs of their own via the AppStore so users can still play them on an iPhone, iPod touch or iPad.

It's going to be interesting to watch how this pans out...
Posted by Steve Paris at 12:00