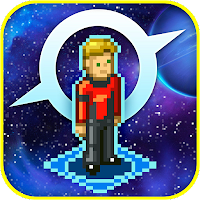 This game made the news back in 2011, when it became famous for successfully funding its development thanks to crowdsourcing through Kickstarter.

It's taken a lot longer than anticipated to release Star Command, but it's finally here and we can now explore space, have diplomatic relations with aliens, organise away missions and shoot hostile space crafts on your iPhone, iPod touch or iPad... Well, not quite.

The developers had to pare down what they'd hoped to deliver. Essentially what Star Command is now is a  story arc that will take you about a day to complete, and a lot of fighting. You can of course upgrade your vessel, and your crew - at least those that survive - will earn experience over time, making them better at their job, but it's not all that was originally promised. If the game sells well, we've been promised free updates which will - hopefully - introduce some of the missing features, but you shouldn't buy a game based on the promise of future improvement, so let's take a look at what the current game looks like.

Its design is quite specific; it borrows an idea from Game Dev Story: the artwork is purposefully pixelated, harking back to the early days of computer gaming.

It's a style that actually works well, and makes the whole experience quite friendly, although I found that it looks much better on a smaller iPhone/iPod touch screen: the design looks too blocky to my liking on an iPad. Conversely, the 3.5/4" screen feels a little small when immersed in a huge fierce battle and a lot's happening at once.

You're given command of a small ship which you have to equip and hire crew members for. You have the option of naming each crew member, but that can make it really hard when you see them get sucked into the vacuum of space when a enemy shot breaches your hull.

The first few confrontations help you understand how ship-to-ship battles work, how to handle and defeat boarding parties, recruit new members of your team and upgrade your equipment. Once you get exiled from your solar system, the difficulty bar raises a considerable amount, and you may have to try the same challenge a few times before you can get the right strategy to survive.

During a battle, everything happens pretty much at the same time, so you have to keep track of your shield's strength, when your weapons are charged up and ready to fire, fix damaged sections of your ship, and repel hostile boarding parties. It can get quite confusing at times.

On this level, the game, although fun, can get quite repetitive; after all, all you do is proceed from one battle to another. Yes, the enemy may be a different species, but the objective is always the same: kill everyone and survive with as few casualties as possible.

But the story is interesting enough to keep you hooked and getting your crew ready for the next battle. The excellent and varied soundtrack helps greatly in that regard.

There are some disappointments though; during the cut scenes (which you annoyingly can't skip through), you're sometimes given a series of options to choose from, but I wonder why the developers bothered, because, it seems that no matter what you choose, the outcome's the same, with a handful of notable exception. It would have been more interesting to offer different results based on your response each time such an option appears, and could have increased the game's longevity. As it stands, more often than not, your answer will not affect the story's development.

Version 1.0 of Star Command's quite crash prone, and glitches abound: some damaged rooms don't update once repaired and still look unusable unless you reload the game, for instance, alien crew members are listed as human, some crew members sucked into space don't disappear but merely hang there, and fire buttons sometimes don't show up as ready to fire, so you keep waiting for them to charge instead of fighting back. It would also be more challenging if the fires spread when left unattended. As it stands, you can leave damaged sections of your ship alone without worrying that more damage will ensue.

The dialogue could have been better written and typos abound. I'm also personally annoyed that they refer to solar systems as "galaxies". Come on, this is sci-fi; at least get the terminology right. I did however like the humour that's peppered throughout.

With luck, most of these issues should be easily fixed in a software update or two, and the developers are on Twitter taking notes so patches may well appear sooner rather than later. Let's hope they introduce new features and further story arcs while they're at it.

Those of you that remember Pocket God, another iOS success story, will recall that it didn't offer much in its first few releases, but each version brought new features to the point that by the end of its development cycle, 47 updates later, it had become an amazing feature-rich game, which was worth far more than the measly $0.99 Bolt Creative were asking for it.

Star Command is currently selling for three times that. Is it worth it? Well, it's really only three bucks with no annoying in-app purchases which you much buy in order to complete the game. Three bucks. That's it. It's not a lot to ask for a game that's actually fun to play, and despite the relatively short storyline, it does offers some longevity: once you finish the game, you can choose a larger ship, with more and bigger rooms to play with. As an added bonus, you get to keep all surviving human crew members - and you'll need their experience, as the game gets much harder the second time around.

Star Command is a fun game to pass the time with, if you don't mind its repetitive nature and glitches. Fix the bugs and add more variety to the missions, and the developers have got an even bigger winner on their hands.