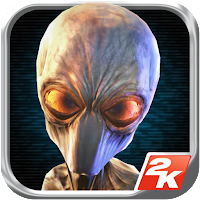 Arthur C Clarke once said, "two possibilities exist: either we are alone in the universe or we are not. Both are equally terrifying". In fact, that very quote appears during the introduction to XCOM: Enemy Unknown, a game that explores the terrifying prospect that we are under attack from forces we do not understand nor hope to defeat, at least with our current level of technology.

XCOM is not a new game. In fact this franchise has been going strong for nearly twenty years now; I remember playing XCOM: Enemy Unknown on my trusty Amiga back in 1995. The game has obviously improved graphically over the years and this latest version, available on any iOS device, be it an iPhone, iPod touch or iPad, is the same as the one that was released on the PC and game consoles just last year. Of course the graphics, though highly impressive, aren't as good as what you'd expect from a dedicated games machine that has no constraints on power consumption, but for a portable game, what we have here is truly outstanding.

I spoke to Garth DeAngelis, Producer at Firaxis and asked him why the decision had been made to port this highly successful franchise, which garnered game of the year awards across multiple platforms, to iOS.

"The basic design of XCOM lends itself really well to mobile gaming", Garth told me. "Not only are the controls a perfect fit for touchscreen devices, but because it’s turn-based, there are always logical places where you can stop the game and get off at your bus stop. When you’re ready to play again, the game is there and you’re ready to go."

Squeezing such a huge game into the constraint of iOS was their biggest challenge. "The only compromise we had to make was removing some of the maps to save on space", he explained. "The gameplay code and the art assets are identical across all versions, so it is the same game, the same experience. We adapted the interface a little bit to make use of touch controls, which are a lot of fun!"

You can move around your location by swiping in any direction. To change your viewpoint, simply rotate using two fingers. Zooming in and out is smooth. Selecting soldiers and performing actions works as expected with no lag. Despite the impressive level of detail, touch control works flawlessly.

XCOM: Enemy Unknown plays extremely well on an iPad and even on an iPhone, but it's not a game you can easily pick up at anytime. What holds it back is the fact that it takes a long time to load. All this is done while the introduction video plays, and you can forgive it the first couple of times, but that animation can't be bypassed since the game loads behind it, so you have to wait nearly two minutes (depending on the iOS device you're using), before you can resume your mission.

Other games, even those featuring intensive gameplay like Galaxy on Fire 2 or Star Command take well under half a minute to get you back to where you left off.

But that's a worthy compromise for something quite unique: a full-featured console-style action game in your pocket. As Garth said himself, "the thing we are most proud of (and amazed by!) is that this is essentially the same game that we released last fall for current-gen consoles and PC, and now it’s running on the iPad and iPhone. You can play the game and have the same great gameplay experience just about anywhere, whereas previously the only way you could do this was in front of a monitor or TV with a controller in your hand."

In XCOM: Enemy Unknown, you take command of a secret team funded by a council of nations, tasked with intercepting and analysing the threat of alien invasion.

You assign your team, equip them and send them all over the world, answering distress calls - sort of like Thunderbirds, only much more violent.

There's no discussing with those aliens; your first mission, which serves as a very good tutorial, makes that abundantly clear.

In order to look after your team as best you can, you must be extremely careful: avoid open spaces and always use whatever you can as cover. It can be very distressing to lose team members, especially if you've been with them for a while and levelled them up to become important additions to your group. Of course you can get new recruits but those are rookies and they're easy prey the further into the game you are, especially when you have to deal with powerful alien species.

After each successful mission you get to bring back alien equipment to analyse, thereby boosting your own technology and offering you a fighting chance against the enemy.

Aside from strengthening your team with alien-inspired weapons and armour, you can also extend your base, launch satellites to monitor alien activity, and build more powerful fighter jets to take down flying saucers.

As you can see, it's a complex game and it's not going to be completed in a handful of sessions. You're definitely in it for the long haul.

If there's one big drawback to playing this game anywhere (aside from the launch times), is how dark it is. Most scenes take place at night and the colours are very subdued. This isn't a problem when playing on a big screen in your living room where you can draw the curtains if it gets too bright, but good luck trying to play it in broad daylight, outside, on an iPhone!

Find a shaded area and if you love long campaigns with role playing elements you'll be sucked into this game for hours.

There is one annoying facet of this game though: if members of your team return to base wounded, they'll spend days in sick bay getting better. You can use medikits in the field to heal them up fast but most missions end once all aliens are killed and you have no opportunity for a final turn of quick healing to avoid that lengthy stay off duty.

An curious feature allows you to customise your soldiers' appearance. In and of itself it's not so odd... except that you can do this at any time. Stocky crew cut Sergeant Rodriguez can become a feminine blond Sergeant Smith and back again. Surely such options should only be available when you first recruit your soldier? Either that or the developers obviously think plastic surgery will have made amazing strides in the coming years!

For the moment, XCOM: Enemy Unknown is a single player game. However there are plans to bring multiplayer capabilities in a future update which will be free for all owners.

This game is groundbreaking for the mobile world, but so is the price. At £13.99, it looks like one of the most expensive games on iOS, excluding of course the ripoff "freemium" games which force you to pay to keep on playing or to speed up specific tasks, and before you know it, you or your children have raked up a huge bill on your credit card.

I asked Garth if, on a platform dominated by cheap, casual gaming, he felt the market would handle such a quality product at a premium price. "Yes, We certainly think gamers will value the work and quality that has gone into the iOS version of XCOM: Enemy Unknown. We think that the style of turn-based strategy game (Civilization, XCOM) that our fans love has strengths that work naturally with mobile gaming. Haunted Hollow, Ace Patrol, and XCOM: Enemy Unkown for iOS are our first forays into this mobile game space, with three very different styles of game that all share the deep gameplay our fans have enjoyed and come to expect from Firaxis. It’s very exciting for us as a studio and we hope to see more in the future!"

I for one hope XCOM: Enemy Unknown proves to be a success and will pave the way for more engrossing console games to join the iOS fray for all gamers to enjoy.

In the meantime, £13.99 may sound expensive in a market dominated by £0.69 products, but it's a fraction of what this game would cost you on another platform, and that price gets you the whole experience - with no in-app purchases to force you to fork out more money later on.

The tension, the atmosphere and the action is there, the storytelling is great, the graphics superb. Go on, it's time to kick some alien butt wherever you happen to be - as long as it's in the shade!

Rated: You must be at least 17 years old to download this application.