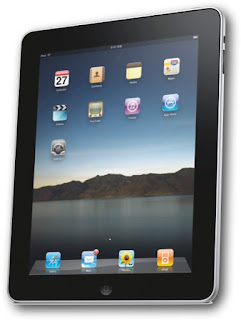 Up until now, the vast majority of computers have been designed for the hobbyist tinkerer. It's quite a feat for such a device to have had so much success: according to recent survey, over a billion of them are currently in use today.

When they appeared on the market, they were viewed as much more efficient than what was available before, but how many hours and how much money has been wasted to train people, fix problems and deal with viruses? Even Macs who don't have to worry about malware, still suffer from bugs, some of them pretty disastrous, and people still need to be trained to be more productive with them.

I've heard of people who build their own cars, and they do have their place in society, but more on the outer fringes rather than at the centre of it. Not so with computers. I've often been amazed at the fact that this is the only industry I know where building and configuring your own system is something that is expected to be the norm. You don’t assume that from a television or a toaster, so why a computer?

I meet a lot of people during my training gigs, and I can safely say that tinkering with your computer isn’t what most people want to do. Most would prefer not to know how their machine works in order to use it. Most couldn't care less about RAM, hard drive speeds and when to double-click or single-click. Regretfully, they’re made to be aware of these in order to understand their machine.

It's as if the entire population has been living on the outer fringes of society for the last thirty years without ever realising where they were and how they got there in the first place.

For all their faults, Apple have been trying to give the general population what they've wanted all along: a computer that is so easy to use, you don't even have to think about it. Their first attempt was the Macintosh, and although it revolutionised computing, it was far from reaching their lofty goal.

With the arrival of the iPhone, something changed. Here was a device that was actually as easy to use as advertised. It was easy to find any program you might need, didn't suffer from viruses, backed itself up automatically every time it was connected to your computer, and if anything went wrong, more often than not, restarting it would solve the problem.

This super powerful phone was as easy to use as any other appliance in your household: switch it on and you’re good to go. Of course, the Über-geeks didn't like it as it couldn’t be tinkered with but despite their criticism, the iPhone became a runaway success, because there are a heck of a lot more people out there who’d rather use a device instead of figuring out what makes it tick.

Now, with the announcement of the iPad, Apple are upscaling everything that made the iPhone a best seller. It promises to be as easy to use and it's smaller sibling. No wonder the Über-geeks are wailing once again: “it’s underwhelming”, “it’s not open”, “it’s a big iPod touch”. But the rest of the population doesn’t care: the iPad may be set to deliver on a promise made over twenty-five years ago with the release of the original Macintosh: to create a computer that is so intuitive that a manual isn't even necessary.

At it’s launch, the first Macintosh was priced at US$2,495 (about US$5,150 in today's money), well beyond the budget of who it was supposedly designed for. Apple was greedy then and that mistake made them pass up on an amazing opportunity.

Overpricing the Mac then still affects the brand today: when rumours surfaced that Apple were about to release their long-awaited version of the tablet computer, many believed it would be sold for US$999. But the Apple of today hasn’t been this short sighted for a very long time: the iPad will start at US$499. No wonder the general population appear extremely excited by this. If Apple do this right, we may have just witnessed the birth of a new era in computing.

As a result, my career as a computer trainer may be nearing its end, but it's a price well worth paying if the computing society turns into a happier place thanks to the iPad and its descendants!
Posted by Steve Paris at 12:00