When Upgrades Are Downgrades 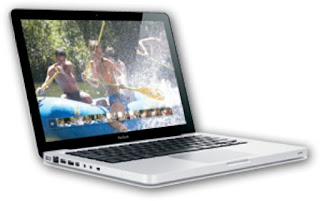 It’s been eight long months since Apple upgraded its laptop range and today saw a major redesign of both the MacBook and the MacBook Pro models. The changes look impressive: the machines are carved out of a single sheet of aluminium and all now feature a glossy glass display. They also have powerful graphics card from NVIDIA rather than the integrated chips from Intel. If you’re curious about all the specs, you can check them out here for the MacBook, and here for the MacBook Pro.

However, it’s not all good news. For one thing, the 17” MacBook Pro only received the marginal upgrade of a bigger hard drive and more memory, but its design remains as it was before. The same goes for the MacBook Air, but this was to be expected as it’s such a new product and wouldn’t have been ready for a major overhaul just yet.
My biggest concern is with what was left out of the MacBook: the FireWire port is gone. It is true that most modern camcorders, especially the HD ones connect via USB, the iPod lost FireWire connectivity years ago and most modern peripherals only support USB, but what about legacy products? Many hard drives have been sold with FireWire ports, owners of such devices won’t be able to purchase a MacBook but be forced to upgrade to a MacBook Pro, which may not be within their budget.
The beauty of FireWire is that you can daisy chain devices so there is no need for a hub, as is required with USB. Also, copying data to a FireWire drive is often faster than to a USB drive. It’s an excellent connection and even though it lost the war to Intel’s USB2, there is still a lot of life in it and it shouldn’t be discarded so easily – especially since Apple designed it in the first place.
Also, even though the MacBook wasn’t aimed at professionals, there is a strong market for a small lightweight computer in fields like music and video. In fact, a lot of high-end music equipment only connects via FireWire. The original low-end MacBook is still for sale (with some upgraded internals like a built-n SuperDrive for instance), but it’s obvious that the writing is on the wall: as far as Apple are concerned, FireWire is now considered a professional connection and has no place in a consumer product.
Saying that these customers can afford to purchase a MacBook pro isn’t the point: portability is the key, which is why many of these users still lament the loss of the full-featured 12” PowerBook G4. The previous MacBook was a poor but acceptable substitute to that machine, but the new version isn’t in the same league.
There is a market for a professional full-featured compact design and I can only hope that a 13” MacBook Pro will be introduced with the redesigned 17” model, to cater for the needs of the small but important creative fields in music and video who need a small, light but powerful machine with all the modern ports built-in.
I believe this is a serious mistake on Apple’s part and I pray they rectify it soon with a new model. We’ll just have to see what happens if and when the 17” model gets upgraded.
Posted by Steve Paris at 12:00